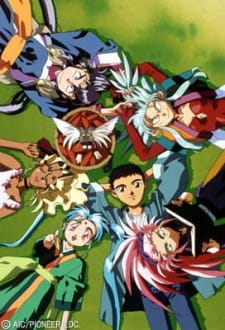 
Synopsis:
While the galaxy remains at peace, Tenchi Masaki continues to live on Earth with Ryouko and Washuu Hakubi, Aeka and Sasami Jurai Masaki, Mihoshi Kuramitsu, and the cat-like creature Ryo-Ohki. Though it sounds great to be surrounded by so many women, they always end up making things difficult for Tenchi by constantly fighting for his attention, and their attempts at household chores always end in disaster. Although life has become more chaotic since they moved in, Tenchi begins to form a strong bond with his roommates and gains more insight into their respective struggles and history. [Written by MAL Rewrite]